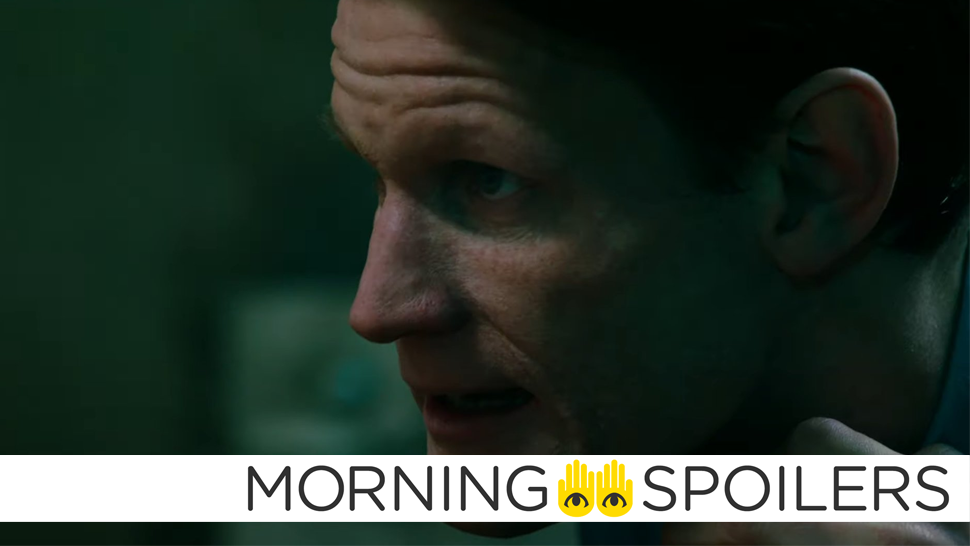 Tyler Gillett talks subverting fan expectations again for Scream 6. Antonia Salib teases her Moon Knight role. James Gunn might have even more projects in the work at DC. Plus, what’s coming on Superman & Lois and Naomi. Spoilers, away!

Scream 6
In a new interview with Empire, Scream (2022) co-director Tyler Gillett promised the next sequel will “risk it all” to “subvert” fan expectations.
This movie has to be willing to risk it all in order to subvert all of those expectations. And we’re so far down the rabbit hole of Scream movies, that it’s all up for grabs at this point. They’ve got just over a year to figure it out – here’s hoping the results are, well, a scream.
Evil Dead Rise
According to the latest bulletin from FilmRatings, Evil Dead Rise has (naturally) been rated “R” for “strong bloody horror violence and gore, and some language.”
Logitech StreamCam
This webcam puts out a 1080p image at 60 fps
It’s optimized for all the popular streaming software (OBS, Xsplt, Streamlabs, etc).
Morbius
During a recent interview with Screen Rant, a confused Matt Smith suggested more than one actor plays Loxias Crown in Morbius.
The truth is, I wasn’t aware of the great big history of the character in many respects. Because the script I was presented with doesn’t really delve into the past of him – or indeed the future. And isn’t someone else playing him? It’s all a bit confusing to me, to be honest with you. I took as my Bible just the actual script, is the honest truth of it. And it was all a bit odd whether it was Loxias [Crown] or not. I’m still not quite sure, to be honest.
Relatedly, this nifty 3-D billboard was spotted in Milan.
Teen Wolf: The Movie
Tyler Posey shared several behind-the-scenes photos from the upcoming Teen Wolf movie on Instagram.

The CW
Spoiler TV reports The CW has officially renewed The Flash, Kung Fu, Nancy Drew, Riverdale and Superman & Lois for new seasons.
Moon Knight
Antonia Salib told Variety she was “given license to create” her character, the Egyptian goddess Taweret (of which there is no direct MCU analogue), during the red carpet premiere of Moon Knight.
Additionally, Jeremy Slater said he took inspiration from both Ghostbusters and Raiders of the Lost Ark while writing the series.
I came and wanted to go with Raiders of the Lost Ark. I want to see some Ghostbusters. I want to bring some horror into the MCU and some scary monsters, and really push that envelope as far we can. Kevin [Feige] and Marvel were so supportive of that, so we really just sort of used Kevin as our litmus test in terms of finding out if this is something we should pull back on.
Peacemaker/Untitled James Gunn Projects
While discussing what’s in store for Peacemaker‘s second season, James Gunn hinted he’s “maybe” working on “another” DC project in addition to the previously announced second series spinning off from The Suicide Squad.
I know what Peacemaker’s emotional journey is, y’know, I know where he is now, I know where he ends up. I mean, we see where he ends up, in some ways he ends up in a good place, he’s been cleared by Adebayo, she sacrificed her own relationship with her mother to clear him. And we see at least the beginnings of a friendship between him and Amelia Harcourt, and a true friendship between him and, y’know, some of the other characters. But we also see his father looms, whether or not he was alive, and whatever that infection is that his father is still there, is very much a part of who he is. And if you know a little about the comics, that’s there as well, from the Paul Kupperberg comics in particular. So yeah, I know where it goes emotionally, we’re still figuring out the plot stuff, and also, frankly, I’m working on another DC thing, and maybe another one, so we got a couple of things that we’re balancing with the stories.
Halo
Spoiler TV has a synopsis for “Contact,” the premiere episode of the Halo TV series.
In the year 2552, humans on the planet Madrigal have been fighting for independence from Earth, but a fatal encounter with the Alien Covenant complicates things. Master Chief John 117 and his super-soldier “Spartans” join the fight. After the battle, Master Chief heads to his home planet of Reach with a Madrigal survivor and a mysterious object he discovered on the planet. But a controversial order has John questioning his mission, and himself.
The Walking Dead
Meanwhile, our survivors go on a rescue mission in the synopsis for “The Rotten Core” – next week’s episode of The Walking Dead.
Maggie, Lydia and Elijah help Aaron and Gabriel on a rescue mission; in the chaos, Negan finds himself watching over Hershel; Sebastian coerces Daryl and Rosita into pulling a heist.
[Spoiler TV]
Naomi
Naomi does “Will the Real Martian Please Stand Up?” in the trailer for her next episode, “Keep Your Friends Close.”
Superman & Lois
Finally, Jordan and Jonathan plan to fill in for their missing father in the trailer for “30 Days and 30 Nights,” next week’s episode of Superman & Lois.
Banner art by Jim Cook