Google Reverses ban on Ads for All Stem Cell Therapies, Will Allow FDA-Approved Ones

Google Reverses Ban on Ads for All Stem Cell Therapies, Will Allow FDA-Approved Ones 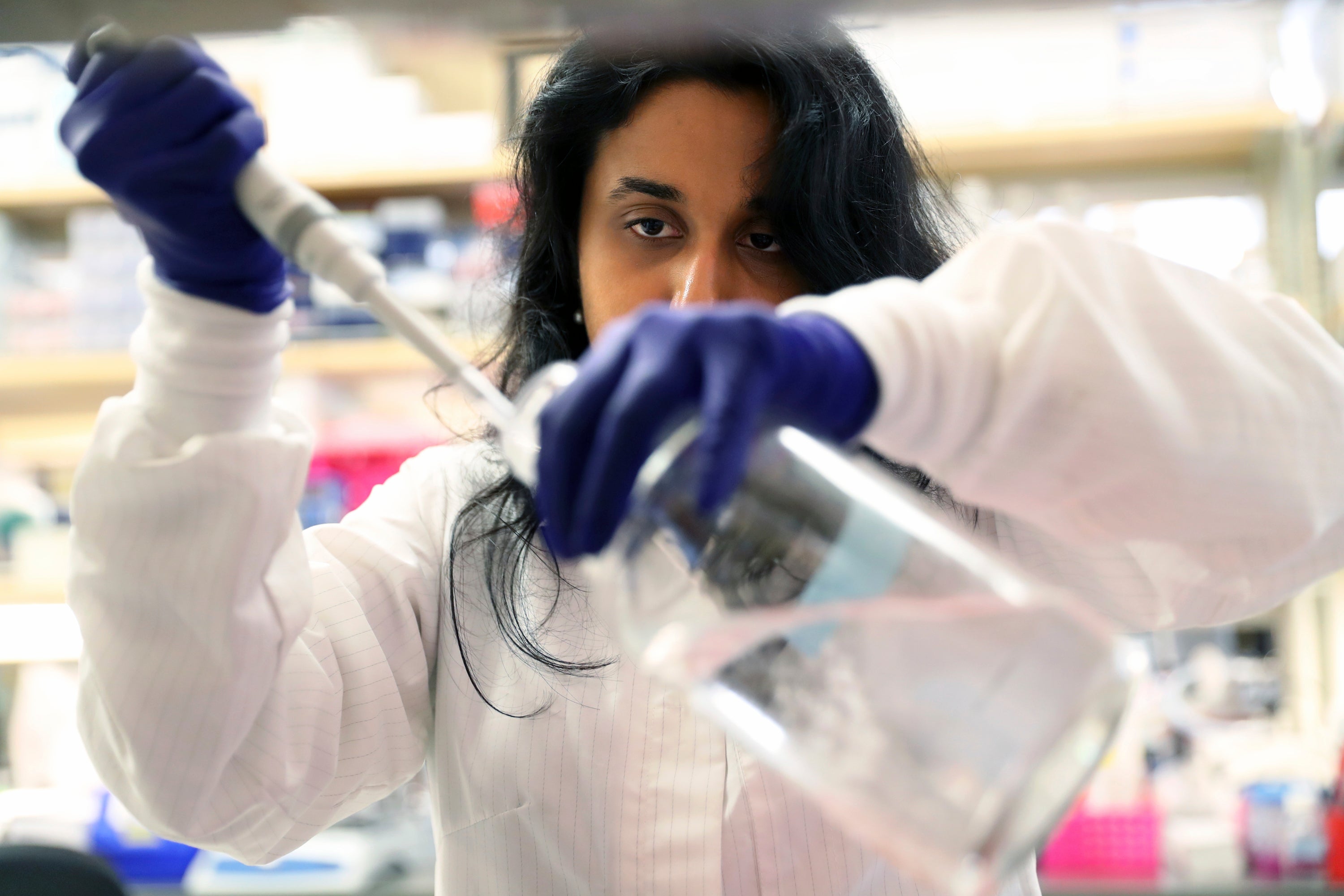 Google announced Monday it will allow ads for stem cell treatments approved by the Food and Drug Administration to appear in search results starting in July. The tech giant previously banned any ads for stem cell therapies, FDA-approved or otherwise.
In an update to its policies page first spotted by Gizmodo, the company said that, starting July 11, it will permit search engine ads for stem cell therapies given the thumbs up from the FDA, a very small list of just 23 companies that treat some blood disorders and cancers, according to the FDA’s website.
At the same time, Google is “clarifying” its policy language on stem cell therapy ads, which would allow a global cell or gene therapy company to advertise if the ads are are “exclusively educational or informational in nature, regardless of regulatory approval status.” Google did not clarify what would constitute “educational or informational,” nor did the company respond to a request for comment how it will restrict less-than-reputable products from being advertised with its technology going forward. We will update the story if we hear more.
The search engine said it banned all advertising for stem cell treatments back in 2019, proclaiming at the time it was restricting ads “that have no established biomedical or scientific basis.” In 2021, the company clarified that it was restricting ads for experimental treatments meant for so-called biohacking or other DIY genetic engineering, as well as any cell or gene therapies like stem cell therapy.
Despite the pledge to ban such ads or Monday’s announced change, a simple Google search reveals just how easily bad actors can get around the restrictions. Searching for “stem cells for neuropathy” reveals several misleading ad results for stem cell treatments that are not FDA approved, though at least one maker claims it is “FDA registered” and another says its treatment is “supported by FDA master files.”
Apple AirPods Max
Experience Next-Level Sound
Spatial audio with dynamic head tracking provides theater-like sound that surrounds you 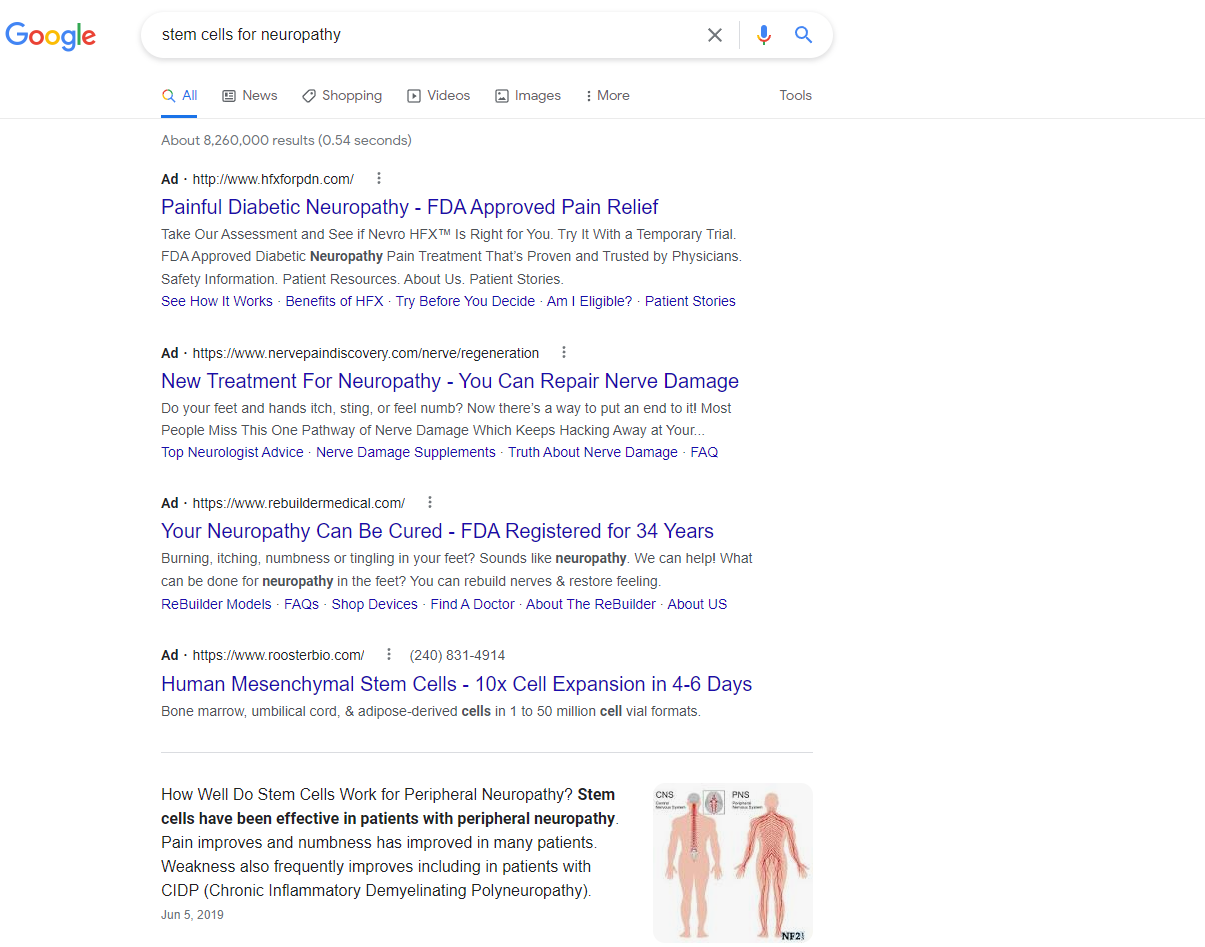 Paul Knoepfler, a professor at the University of California Davis School of Medicine who researches stem cells and cancer, has written before about Google’s problematic search engine ad policies that allow stem cell companies to easily advertise their products in spite of the tech giant’s rules. In an email, he told Gizmodo he is concerned “How effectively the new rule for strictly educational ads would be maintained, particularly given the context of Google Search now so often highly ranking promotional clinic websites arguably presented as educational material.”
Stem cells as an industry have grown rapidly in recent years and are expected to continue doing so, with MarketWatch reporting in February the $2.75 billion industry is expected to more than double to $5.72 billion by 2028.

Stem cell treatments are approved by the FDA’s Cellular, Tissue and Gene Therapies Advisory Committee. Though some companies claim in advertising they have FDA approval, being listed on clinicaltrials.gov database or being registered with the FDA isn’t full-on approval, according to the agency’s guidelines. The fact that companies regularly run around Google’s existing policies leaves even more questions on the table. Knoepfler asked whether clinical trial recruitment be allowed, when he’s often seen such trials already claiming their “treatment” already works.
“Perhaps good citizens in the regenerative medicine world want the opportunity to run such ads related to clinical trial recruitment, but even exclusively educational ads of that type with good intentions could run into ethical issues,” Knoepfler added.