A Post-Roe World Is One Where More People Die

A Post-Roe World Is One Where More People Die 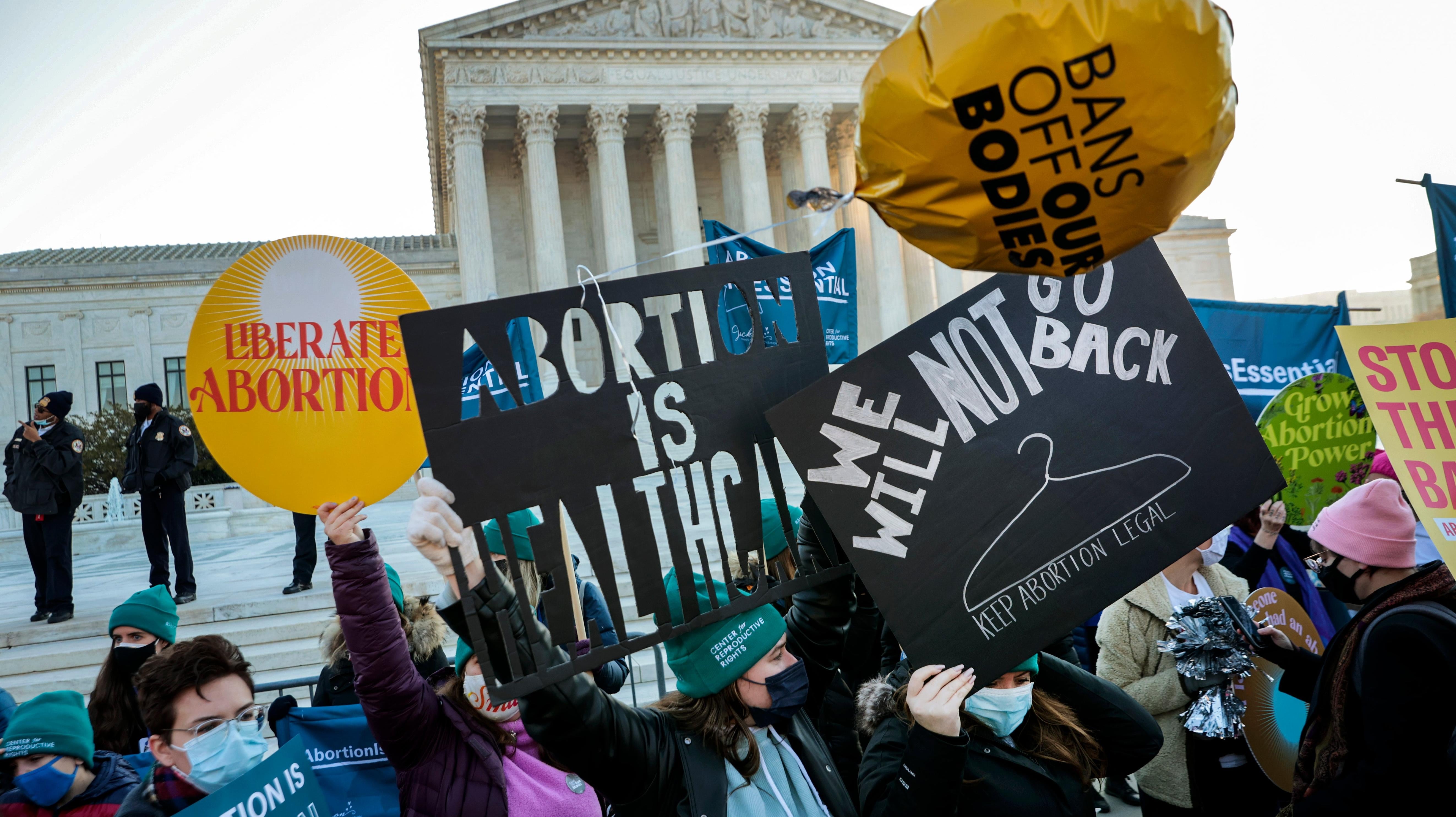 Yesterday, Politico broke the news that the U.S. Supreme Court plans to overturn Roe v Wade, the long-enduring legal decision that enshrined a constitutional right to abortion-news since confirmed by the conservative-leaning Court. Much has been said about the factors leading up to this planned decision and the other legal consequences it could have, but one thing is clear: A post-Roe America is one in which more people will get seriously hurt or die from unsafe abortions.
Abortion is an essential health care procedure, one that’s safe and effective when performed with the surgical expertise or support of a medical professional. Contrary to anti-abortion propaganda, legally banning or severely restricting access to abortion doesn’t stop people from obtaining them-it simply drives many to terminate their pregnancy without that help, placing them at greater risk of harm. These complications, often from attempted surgical abortions, can include heavy internal bleeding, infection, and permanent damage to the uterus or other organs from puncturing.
Data from the Guttmacher Institute suggests that abortion rates are about the same between countries that severely restrict them and those that don’t. But in restrictive countries, people are more likely to have unsafe abortions than they are in countries with greater access. Conversely, when countries ease off these restrictions, maternal deaths and injuries fall as well, as was the case when Nepal legalized abortion in the early 2000s.
According to the World Health Organization, about 45% of all abortions worldwide are unsafe, with a large majority of these performed in developing countries. These abortions contribute to anywhere from 4.7% to 13.2% of maternal deaths, and as many as 7 million people were hospitalized as a result in 2012. Guttmacher’s data, as of 2014, estimates that between 22,000 and 31,000 people die annually from unsafe abortions.
Of course, barriers to abortion not only affect people’s physical health but their livelihood and freedom as well. On Tuesday, the WHO pointedly sent out a message on Twitter affirming the need for legal abortion, stating that: “Access to safe abortion protects the health and promotes the human rights of women and girls.”
Apple AirPods 3
Level up your earbud game
Apple has added premium features previously exclusive to its more luxurious AirPods Pro, such as spatial audio and water resistance.
The likely demolition of Roe, pending the Court’s decision expected by June, will not affect the country equally, since it will relegate the question of legality to the states. Late last year, the Food and Drug Administration also finally removed a restriction on the abortion drug mifepristone, allowing it to be prescribed virtually and delivered via mail. There are guides available on how to secure the treatment in all 50 states. Deaths from illegal/unsafe abortions are also generally rare and have declined over time, thanks in part to the wider underground availability of medication abortion.
But 23 states have laws on the book that will ban or severely restrict abortion in the absence of Roe, including 13 with laws that will explicitly trigger the minute that it’s gone, according to a recent May report from Guttmacher. These states, largely helmed by GOP lawmakers, may take further action to impede the availability of medication abortion delivered virtually, which becomes less reliably effective after 10 weeks of pregnancy And once Roe is gone, it will only deepen the divide in health outcomes between pro- and anti-abortion regions of the country. A study last summer, for instance, found that maternal mortality rates were higher in areas with more restrictive abortion policies, up to one year after pregnancy.
The end of Roe will not mean the end of abortion in America. And many reproductive health groups and advocates will continue to do everything they can to ensure that people can have access to safe abortion, no matter where they live. But its likely loss will undoubtedly be a huge blow to the health and security of many women and trans men in this country.